Feeding Stations for the Local Dogs of Sanur 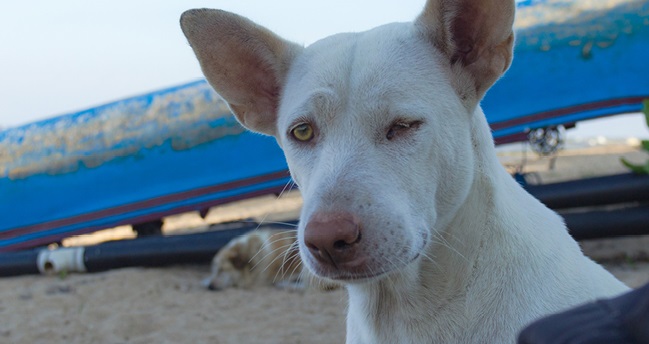 A new initiative by Program Dharma to build permanent feeding stations for the local dogs of Sanur has attracted a lot of positive attention. The bright red feeding stations have been a hit with dogs, locals, and with dog lovers from all over the world.

The Voice of Sanur has featured the work of Program Dharma in the past, and their amazing efforts to vaccinate, sterilise and improve the welfare of the dog and cat population in Sanur. Their invaluable work makes the Sanur community a safer and healthier place for everyone, and they continue to lead the way in Bali for animal health and welfare.

Program Dharma and Banjar Batu Jimbar recently installed two, fire-hydrant-red, permanent feeding stations, on the beachfront not far from the Hyatt Regency hotel. A success with the dogs, they were also a hit with everyone who saw them, and people immediately began uploading photos to social media to share the good idea. It wasn’t long before our social media post about the feeding station went viral, with over 700 Facebook shares and an overwhelming number of likes and comments. It was obvious that the stations were a hit, and so many commenters wondered when the stations would be rolled out to other locations, including further along the beach and in Sanur’s famous rice fields.

The feeding stations are part of Program Dharma’s mission to create a healthier dog population in Sanur. Team members with support from the local community, go to the feeding stations daily to top up water and food, and check on the general condition of the dogs. If they notice that a dog is missing, injured or unwell, the team are quick to act and respond, getting the dog the care that it needs. For locals who regularly feed the Bali beach dogs, the stations provide a designated area, which is calm and clean, where the dogs can gather to be fed without being disturbed by other beachgoers.

Importantly, this safe haven for the dogs means that the team at Dharma have regular contact with them, making it easier for the dogs to be handled, and in turn, vaccinated and sterilised during a Healthy Day in collaboration with Bali Animal Welfare Association. Sterilised and well-fed dogs mean a healthier dog population in Sanur, who don’t need to fight for food or territory. So while initially the stations may attract higher numbers of dogs, this means the team at Dharma have access to more dogs that they can then sterilise, vaccinate and care for.

f course, with any new community initiative, there are always drawbacks, and some people have expressed concern about the possibility of the stations being used to poison dogs. While there is a very small minority of people who sadly, may try to poison dogs, the team at Dharma are determined to meet this challenge head on, and continue their fight for animal health, welfare and safety.

We have received so many messages and comments on our social media post from people asking how they can support this very worthwhile initiative. Dharma is a welfare agency, which means that sponsorship is key to its ongoing success. Program Dharma, an innovative partnership to control and eradicate the deadly rabies disease which has troubled Bali since 2008, was officially launched in April 16, 2016. The pilot program, which is reducing the threat of rabies in humans and in dogs in 34 banjars (sub-villages) within 4 semi-urban communities in Sanur, Bali and Indonesia is a public sector / NGO partnership between Udayana University, Department of Public Health & Faculty of Veterinary Science, Yayasan Bali Animal Welfare Association (BAWA), International Fund for Animal Welfare (IFAW) and Centre for Public Health Innovation (CPHI).The feeding stations are made locally in Sanur village from top quality steel to protect it from the elements, and ensure that each unit is stable and safe. They cost 6,000,000 IDR to manufacture, and Program Dharma is calling on individuals and businesses to sponsor a feeding station. In return, you will receive thanks and recognition from Program Dharma and The Voice of Sanur, plus your business logo – or group of logos if several businesses team up – will be proudly displayed on the feeding station.

Please contact [email protected] or call 0813 3754 1100 for more information on how you can help support Program Dharma, and the amazing Sanur banjars who are leading the way for animal welfare – together, they are building an extraordinary community for the people, and dogs, of Sanur village to call home.

Written by Clare Srdarov and Suzanne Srdarov, The Travellist for The Voice of Sanur. Edited by Program Dharma. Photographer Arya Kuya. 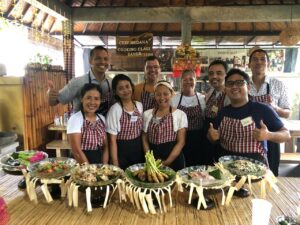 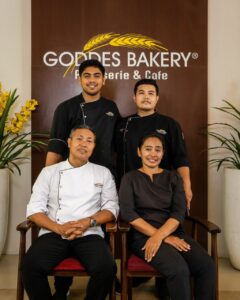 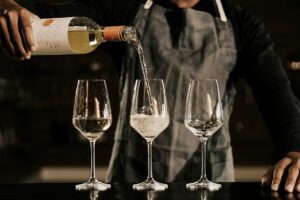 The Iconic Boats of Sanur 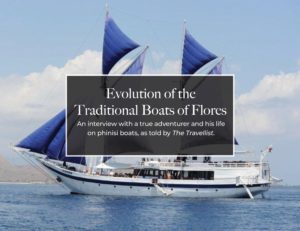 Evolution of the Traditional Boats of Flores 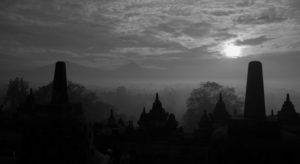 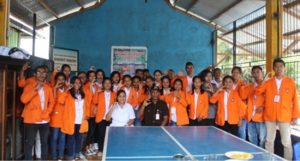 The Wonders of Moringa 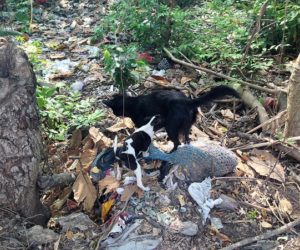