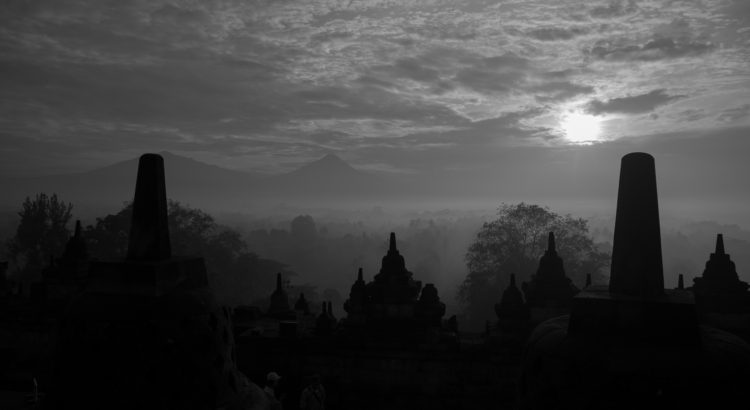 One of the reasons I came to Bali was to explore all of Indonesia, it’s an enormous melting pot of different cultures and religions, islands, traditions, temples, food and people. So recently Yogyakarta, also known as Jogjakarta and Jogja, was my destination for adventure and a completely different view of life in Indonesia. Word of ‘warning’ – this is a longer than normal blog because you can’t do the place justice with anything less. Make a coffee, or pour a bintang, or order a cocktail and get ready to visit Yogyakarta in words.

Yogyakarta was the former capital of Indonesia and this is certainly apparent. There is a highly developed infrastructure of roads, even going out into the country-side. Production and manufacturing is the main industry, rather than tourism I felt, with factories and markets and stalls as far as the eye can see. I didn’t necessarily visit the place for this industry but it was astounding to see so many shops and factories, one after the other, producing similar products – where was it all going?!

Jogja was chosen by me for the history and temples. A predominantly Muslim city, it felt very different to Bali in that there were no family temples at each home or building and no offerings on the street. But there were stunning mosques everywhere and night-time became this loud, beautiful and shocking contrast between flashing neon lights and techno-blaring carts or taxis with the haunting and passionate chanting from the near-by mosques.

Just a side-note, you don’t necessarily have to but I do think it is nice to dress appropriately here. They are modest people and while I never wear shorty-shorts, I did feel my bare-ish legs stood out. Possibly also because I was a fair bit taller than the majority of women there, and The American took to introducing me as Gigantor! Not all women wear the traditional Muslim attire but they do cover up. It is hot though so consider long skirts or dresses. And like I said, you don’t have to dress like that of course, I just think it could be respectful to their culture, much like wearing sarongs in Hindu temples.

There are so many ways to get around the city, taxis are cheap and often have air conditioning which is handy in the humidity and rain. The little carriage type transport is powered by people peddling or motorbike and while at times it is hair-raising in the traffic, personally I loved it! Close to all the action and at a good pace to look at everything as you go past and easy enough to say ‘stop’ when you see something that requires a photo….or a place for a snack…or a beer (which isn’t necessarily easy to find).

The first stop was the Kraton which is the sultans palace and still very much in use. Currently residing at the palace is the 10th Sultan, his wife and 5 daughters, which is unusual as previous sultans had more than one wife, and certainly more than 5 children as they would essentially keep producing babies until the highly-desired son was born. Sadly I didn’t catch sight of the Sultan but he is still a very relevant and powerful part of society so I suspect he may have been a tad busy to come meet ‘Gigantor’. Our tour guide however seemed suitably impressed though don’t you think?

The tour took over an hour, closer to two with all the questions, and was certainly worth the entry fee and donation you give. It’s a huge property with enormous courtyards and the biggest dining room I’ve ever seen – which I think is due to the fact that the 7th sultan had 15 wives and 75 children! Fairly sure some of the kids were simply named ‘oi’, ‘hey you’ and ‘when did that happen?’

The 9th Sultan was an impressive man who didn’t take his position for granted. He was also the vice-president and the minister for business, he travelled extensively, was highly educated as were all his children, he became a boy scout, played baseball, and created a positive influence in society at that time and still today. He is still revered and seemed to be our tour guides favourite. They have a special tradition or rite of passage that when a child is born to the sultan, he or she is placed in a ‘cage’ with several objects including money, a book, and religious items. Whatever he or she touches first, denotes what kind of a sultan they will be. The 9th sultan touched money first and became an impressive businessman. The palace also still has official guards who carry swords – don’t be fooled by the age either, they can move quickly in need!

After the Kraton, you should go just across the road to the Taman Sari Water Palace. These days it’s not so much of a palace as it is a reminder of what life was like. With several pools and large statues everywhere, this was where the sultan and his family came to bathe, swim and relax. It was far more majestic in the past, with stunning gardens and rivers running through the property, however earthquakes, the Java War and British Invasion changed the look significantly.

Next stop Prambanan. One of the most stunning places I have ever seen any time of day, but ideally get there around sunset as the view and subsequent photos are amazing. It rained ridiculously hard the day we visited but the beauty and impressive craftsmanship was still evident. It’s hard to put into words just how incredible the temples are, each temple having a different meaning and containing different celebrations of gods, so I’ll just let these photos do the story-telling for me. (PS that’s me in the red shorts hiding in temples because of the rain).

The last temple you MUST visit was my favourite, Borobudur. The images from here have been a constant source of ‘I have to go there’ for me for many years. If you can, go for sunrise which means leaving the hotel at 4am but it is well-worth it. You arrive just after 5am and walk with a guide and torches up to the temple and then climb the steps to the top. Find your spot and sit and wait for the sun to come up, as the mist rises over the valley and creates an eerie backdrop with Mount Merapi in the background, which was smoking and active at the time.

Borobudur is the largest Buddhist temple in the world and took between 50 and 60 years to build in 9th century. Consider that for a moment…rudimentary tools, no machinery, possibly no shoes, all heavy slabs carried from the river about 2 kilometres away, then cut and carved on site. Our guide told us that 3 generations of families helped to build Borobudur. It is now a Unesco heritage listed site and they have done a lot of work to ensure the temple is preserved and cared for, with a complicated plumbing system now preventing mould and destruction of the slabs, and replacement of some seriously damaged slabs (these are marked with white dots so it’s easy to see what’s old versus what’s new).

I definitely recommend getting a tour guide as they are able to point out the stories in the carvings as you walk around and for me, this was the best part of the visit. I don’t think you can fully appreciate a temple like this without having an educated guide explaining the various stories and meanings in the carvings…like the story of Buddha’s life which is mapped out all along the temple.

Now I’ve convinced you that Jogja needs to be on the ‘must visit’ list, where do you stay and what’s the food like? There are a lot of options for accommodation, whether you want to be in the heart of the city or closer to the various temples, although everything is quite spread out so you will need to travel at some point to see everything. I would highly recommend the Phoenix Hotel – it’s well priced for the location and brilliant service and it had a very old colonial feeling to it but of course with every mod con you want. The Happy Hour was great and a welcome time to sit and plan where to go next. Sadly with the rain, the pool was empty but it’s a stunning area to relax. For those who like to over indulge at the breakfast buffet (as I LOVE to do), there is a well-equipped gym out behind the pool.

Do a little research before you head to Jogja, because it’s not like Bali where there is literally a great warung or restaurant every ten metres. They can be found but you need to look into it first for the best spots. The local speciality is Nasi Gudeg, which is a young jack-fruit curry, usually with chicken, some vegetables and crackers. Street food is also everywhere which I personally love but I would suggest being careful where you go if you are at all sensitive to local food or spices. Look for busy places as it usually means the food is good and fresh. Also be mindful that most of these places require you to take your shoes off as you are sitting on the floor and eating off low tables.

Also you won’t be stuck for shopping options with certain areas and streets dedicated to silver and jewellery, other areas packed full of market stalls, and then there are the traditional markets and skilled textile workers making batik fabric and clothing.

Right, enough from me. Time for the photos to tell the story. As always I love to chat about my trips and to hear about yours, so please feel free to comment on the blog or send me a message.

All photo credits must go to The American, Josh Holtman. 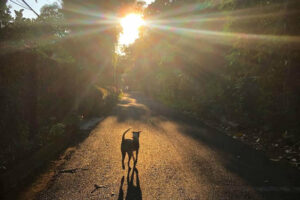 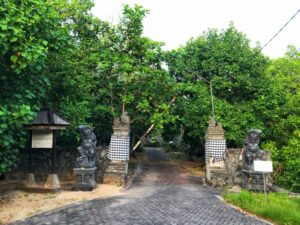 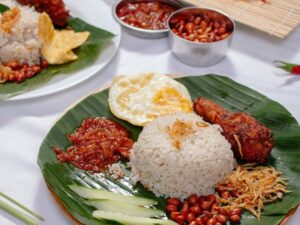 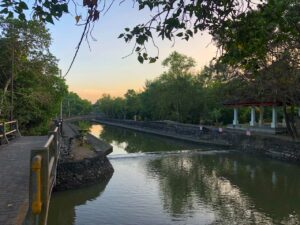 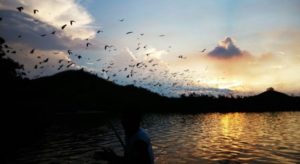 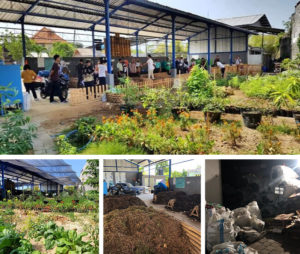 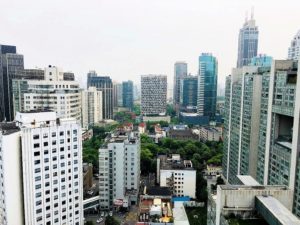 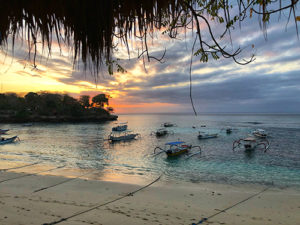 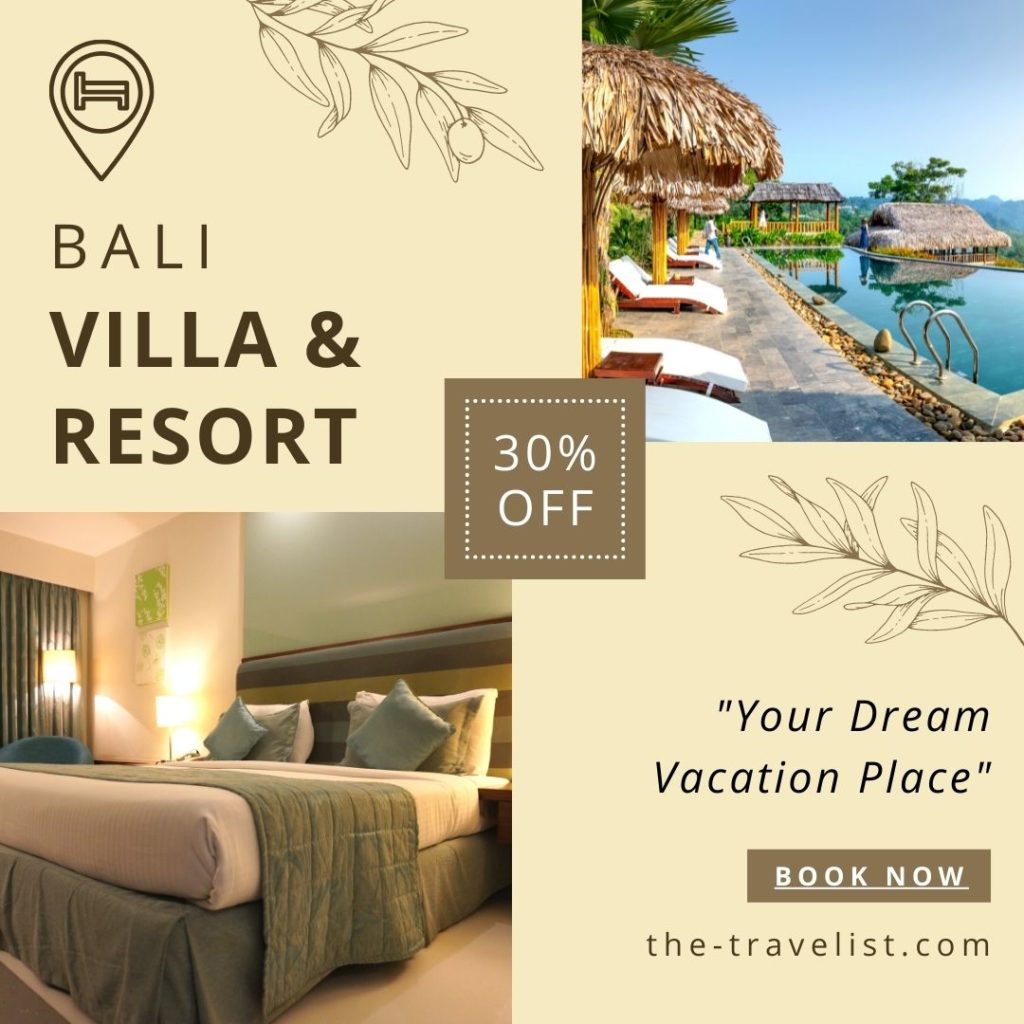